Yeh Un Dino Ki Baat Hai 17 April 2019 Written Update of today’s episode we see Sameer being disheartened and feeling down and Naina trying to lighten his mood and cheer him up somehow. 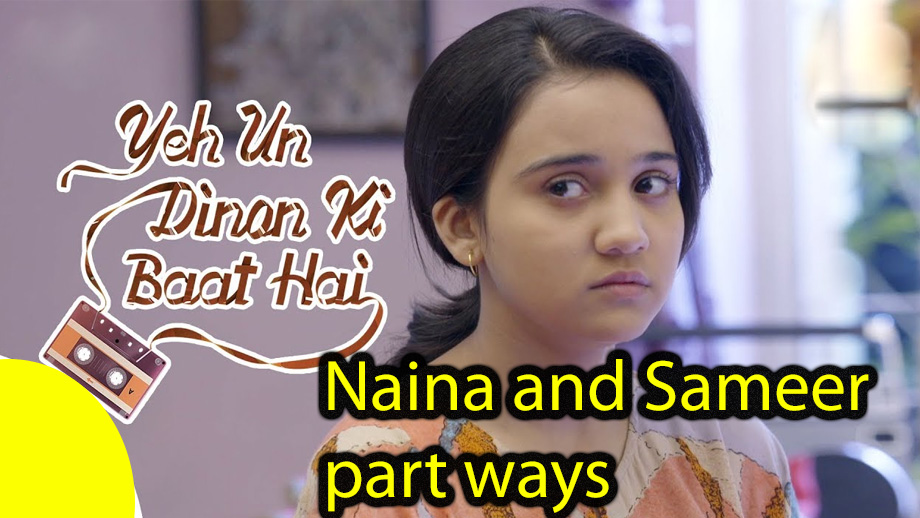 Today’s Yeh Un Dino Ki Baat Hai 17 April episode begins with Mamaji telling Sameer that from now onwards, he will be the owner of the business and that they will now work separately. To Sameer’s shock, Mamaji insists that none of this is a joke and that he doesn’t compromise in business.

Meanwhile Bela tells Naina (Ashi Singh) to be ready by 8 and that her Chacha ji will pick her up by then. Naina and Kanji make special arrangements near the pool. Soon, the results are delivered at home. Sameer scores 60%. Naina feels proud for pushing Sameer to study. She checks her result too and has scored 77% and thinks that Chacha ji will be thrilled to see that they have passed with great marks. Naina selects a blue saree for the evening.

Sameer comes home and we see that Naina tries to take him outside but he refuses. She dances romantically around him. She takes him outside during her song/dance. He keeps trying to go inside but she does not let him go. She hugs him in the end but he does not hug her back. Mama ji’s words echo in his head. He steps back and a candle falls down. Naina is startled. She asks him if something went wrong in office. He tells her to leave it. She apologizes to him but he warns her to be quiet. He tells her that everything won’t work her way. She suggests him to say this on the door so everyone can see. She shows their result but that pisses Sameer off and he asks her to call the party off.

A heated argument commences between them and Sameer says he is tired of dancing for everyone and proclaims that from now on he and Naina are on different paths. They have parted ways. A stunned Naina is still trying to make sense of it all. Naina tells Sameer he does not understand the love others feel for him and that’s why they leave him. He slaps her. She slaps him back.

Towards the end Anand rings doorbell and Sameer has to gather himself before he heads for the door. Naina tells him not to do any drama before her Chacha ji. The written update of 17 April 2019 Yeh Un Dino Ki Baat Hai episode full story ends here.

In the upcoming episode of Yeh Un Dino Ki Baat Hai, Munna is going to see a girl for marriage. Stay tuned!