The episode begins with Sameer asking Naina why the sofa was covered in plastic to which she replied saying that this was her way of safeguarding them. Sameer is prompt to tag her as a middle class after this. When she asks what would he do if they get dirty he says that he wouldn’t care and throws empty covers at Kanji. Sameer and his friends head upstairs to fly kite while the girls look on.

Mama ji calls Tau ji and says that he doesn’t know what Naina has done to him and that Sameer has given 50k to the brother. Tau ji asks him if he dint ask him why he did that and when Mama says no, Tau ji ends the call hurriedly. Mama ji thinks Tau ji is also quiet.l and that this is deeper than he thought! Tau ji realises from where Anand got money and Pundit teases Sameer as to how to protect other things from rain. Sameer tells them to laugh as much as they want.

Sameer narrates the story of the dinner night to his friends. They are having a hearty laugh when Naina comes there with sweets. Munna says they are talking about cricket match. He notices sesame laddoo in her hands and ask for banana chips in return. She tells them it is over. She goes downstairs. Sameer wonders why Naina has turned into a complete behenji. She has problems with everything and is always acting like a miser. She has changed so much.

Anand and Bela come with lots of grocery. Tai ji taunts them on their celebration. They will celebrate as they have hit a jackpot. We know from where you got money all of a sudden! Anand tells her to say it later. Someone is coming to see Preeti. It isn’t some party. Tau ji claps. Today we have come to know that our CA makes good plans.

Preeti tells Naina that friends talk like that. Naina says why he had to complain. He says that I am not fit for anything. Preeti laughs. He isn’t wrong. Naina tells her not to laugh. I was like this only. He dint find any faults with me earlier. He never noticed it before! Kamya asks her if she never noticed it before. Sameer was like that only. Love is indeed blind! They head upstairs too.

The boys are happily flying kites when the girls join them. Sameer tries to romance with Naina.

Kamya cuts Munna’s kite using scissors. Sameer tries to romance with Naina but she hits him playfully. The girls and guys team up.

Tau ji asks Anand if he wont tell everyone how he got 50k overnight. Bela suggests talking about it later but Tai ji does not relent. A neighbour asks Tau ji what he is saying. Tai ji and Tau ji tell Anand to speak up. Anand stands there quiet. Tau ji ends up sharing that Anand took that money from his SIL. Anand stops him. Tai ji calls Sameer Bholuram. He must have thought these people are kind hearted and have supported him always. Tau ji says he wouldn’t know they think of him as their bank. Anand tries to shush him but Tau ji asks him to accept it in front of everyone right away.

Sameer and Naina are busy with each other while their friends tease each other. Munna and Pundit say we wont bring our wives to such programs as people change after marriage. Kanji brings food for them. Things have changed since you have come here. This never happened in my house before and should never repeat! Preeti feels bad for Naina. Sameer gives money to Kanji to bring a handful of items.

Tai ji and Tau ji continue taunting Anand and Bela for taking advantage of Sameer. The groom’s family comes just then. Anand requests them with folded hands to leave. They first extracted everything from Sameer and will now target Preeti’s husband. Bela is in tears. Anand holds her. He welcomes the Goel family but they refuse to have to do anything with them. It is good that we have seen everything with our eyes. Anand reasons that eyes are deceptive sometimes but Mrs. Goel stays put. They leave. Tau ji and Tai ji smile.

Sameer tries to talk to Naina but she refuses. He asks her why she remains angry all the time. She asks him why he is always complaining about her these days. He tells her to act like the princess then. Something or the other is missing all the time!

This has never happened before in his house and hence asks her to not be middle class. She reminds him that she was always like this and she doesn’t get why he married her in the first place.

In the precap we see that Naina decides to leave the house and this time Sameer does not stop her. 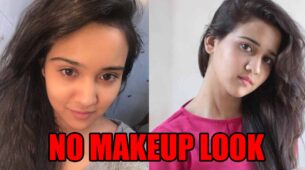 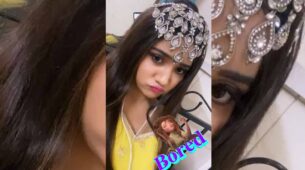