Yeh Un Dinon Ki Baat Hai 22 May 2019 Written Update of today’s episode Sameer, Naina and Rakesh are unable to meet Anant Sir. They have to wait some more. 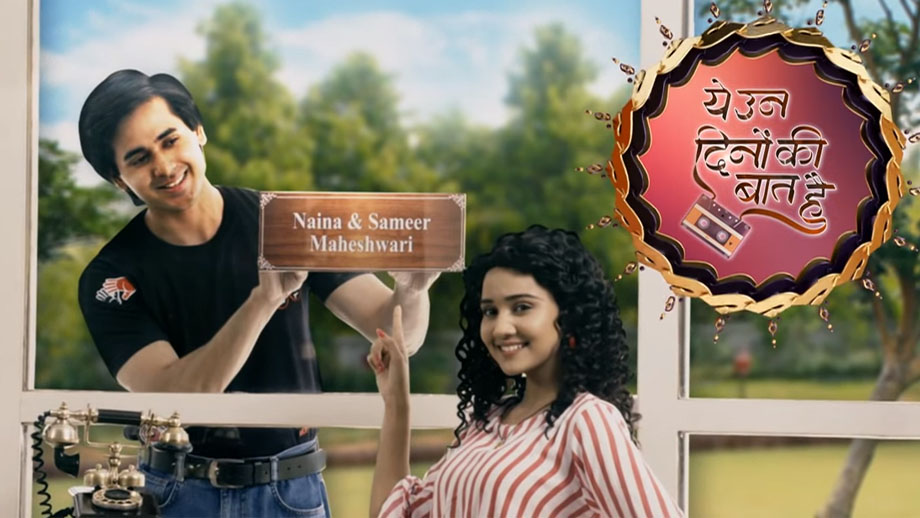 Today’s Yeh Un Dinon Ki Baat Hai 22 May episode begins Naina preparing an album with Sameer’s photos. He asks her to do something else which will impress Anant Sir. They then decide what the other will wear. They both then talk about always being there for each other even when Sameer becomes a big star. They hug each other then.

Rakesh decides to stay at home. While Sameer and Naina are leaving, when Nirmala ji sees them and enquires if they’re going sightseeing since they’re leaving hand in hand. Rakesh says no. He tells them to be careful. They tell her they’re leaving for Mahalaxmi. She advises them to take the cheaper route instead of taking a taxi.

They end up taking a rickshaw. The driver tells them how he struggled to become a hero and hence decided to start riding an auto. Hearing this, Sameer and Naina get nervous.

When the three of them reach Anant Sir’s office, he isn’t available. The PA tells them to take an appointment. They insist on meeting him and show him the letter. After the PA informs Anant about Sameer, he is asked to wait.

Sameer is starting at Shilpa Sherry’s photo and Rakesh reprimands him for it. The couple in turn tease him about knowing the heroine’s name.

When Naina notices girls smoking, she gets shocked but Sameer tells her its normal.
The written update of 21 May 2019 Yeh Un Dinon Ki Baat Hai episode full story ends here.

Precap: In the next episode, we see the receptionist asking Sameer to leave his portfolio since Anant sir went home. The society ladies inform Naina and Rakesh that they won’t be staying here anymore.