Yeh Un Dinon Ki Baat Hai 7 June 2019 Written Update of today’s episode we see how Gopal welcomes Sameer and Naina to the society but they get in danger of exposing their lie. 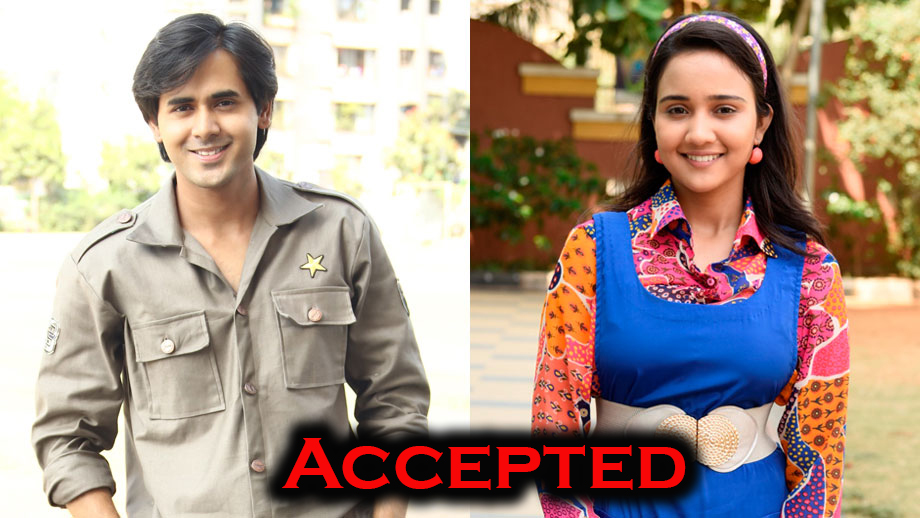 Today’s Yeh Un Dinon Ki Baat Hai 7 June episode begins with Naina (Ashi Singh) gesturing Sameer to take the mic. Sameer (Randeep Rai) sang a song. The game resumed. Nirmala ji was also out of the game. It was just Naina, Sejal, Sahiba and Maan. Nirmala ji made an upset face. Sahiba and Maan kept offering their seat to the other but neither of them sat. They were also out of the game. Maan held Sahiba’s hand sweetly as they watched Naina and Sejal play. Naina sat first but Sejal sat at the same time. They held each other lovingly and shared a hug. Everyone clapped seeing that except Vanita. People praised Sameer for his talent. Preeti added that he should also try his hand at singing. Shivani gave a gift to Sameer. He reminded her that the winner is Naina and Sejal. Naina hid her smile. Rakesh looked at the gift and appreciated it. Naina gave it to Nirmala ji instead.

Naina said it was a token of appreciation for Nirmala Ji. She asked Sameer about his acting class. Naina said he cancelled the plan because it was expensive. They said they wouldn’t go against her word but Nirmala ji dismiss them saying he should go for it. She told Rakesh to give money to Sameer if the acting classes are helpful. He reminded her that she refused earlier. She again spoke in favour of the classes and gave her permission for it. Sameer happily accepted her decision.

Gopal complimented Sameer on his song. He joked about hearing Jatin’s tone deaf voice. Jatin and Vanita made faces. Gopal was in favour of letting the Maheshwari’s live. Rakesh thanked him. Gopal said that something is still left to improve but time will fix it, insinuating Rakesh’s situation. Preeti and Jatin agreed with him. Shubham diverted them towards food. Jatin sang a song while looking at Vanita. She walked away grumpily.

Nirmala Ji is impressed that the couple managed to win the society’s heart but warned them to be alert about their lies.

Aditya met his friends. They were drinking alcohol. Preeti told Shubham to eat slowly. Shubham countered saying he paid for it and they argue about the ecomics in the situation. Naina and Sameer held a glass at the same time. She got conscious. She argued that they just got permitted to stay but behaviour like this will get them thrown. To which Sameer countered that they should rebel a little and get out of there.

Guard was speaking to someone when Sameer came outside. He noticed Sameer leaving but didn’t heed any attention. Shubham was eating food which will make up for his investment. Jatin asked him to come out for a stroll. Guard gave a cigarette to Jatin who went out for smoke alone.

Naina was outside. Sameer pulled her to a corner startling her. She complained that no one was there. He joked that this is why he brought her there. She advised him to control his emotions. But he insisted her to celebrate a little. He got her a chocolate. She teased him if it is from Shivani. He denied. She said the houses are small in Mumbai but they will make place in people’s heart. He leaned in for a kiss but she shied away. They fed chocolate to each other sweetly and held each other. Jatin was nearby. He smoked in a corner.
Vanita asked the guard about Naina and Sameer. He shared that they are outside. Vanita got curious.
Aditya could smell a burning smell and looked around. He thought of checking it out. Aditya noticed smoke coming out of a container nearby and fell for it.

Naina told Sameer that they must focus on his dream of becoming a hero. He spoke of making her CA. He stated that they have to get out of the web of lies that they had spun and soon they will be able to express love for each other openly like Maan and Sahiba. Naina pointed out that he was jealous of them. Sameer pointed at her lips but she shied away. They shared a loving look with each other and ‘Kuch na kahi’ played in the background. The written update of 7 June 2019 Yeh Un Dinon Ki Baat Hai episode full story ends here.

In the upcoming episode of Yeh Un Dinon Ki Baat Hai watch whilst Jatin, Adity, Sameer and Naina are busy in their own world, the society comes outside looking for someone. Stay tuned!