ZEE5 presents Line of Descent, a gritty, gripping drama of a mafia family, a slow-burn thriller that keeps you on the edge of your seat in trepidation of what will happen next. As per Google, ‘descent’ is the origin or background of a person in terms of family or nationality, his lineage. But as per the all-comprehending search engine, ‘descent’ is also an act of moving downwards, dropping, or falling. And therein lies the pun, if you consider it so, at the heart of ZEE5’s latest Original movie, Line of Descent.

A Delhi-based mafia family that has earned its riches being hand-in-glove with the formidable land sharks reigning over the real-estate business in the city; an unhinged arms dealer, with a penchant for gun tattoos, lots of them; an upright cop, hot on the heels of said mafia family – Line of Descent has every element that makes a crime drama a compelling watch.

Bharat Sinha (Prem Chopra, as commanding as ever) is the patriarch of the Sinha family and owner of Sinha Electronics, an outfit that camouflages his real business – land-grabbing, land mafia, land shark, call it what you will. He uses chilling terror tactics to shunt innocent people out of their hard-earned homes – in exchange for money, of course – so that some real-estate magnate can build a glitzy, glittering edifice in their place. His sons, eldest Prithvi (Ronit Roy) and middle son Siddharth (Neeraj Kabi) are his accomplices in the dirty dealings. His youngest Suraj (Ali Haji) is still a greenhorn.

With every passing day, Sinha worries more about the far-from-exemplary legacy he’s created for his family. The cops, and even Interpol for that matter, baying for his blood, don’t help matters. A tragic turn of events kicks off a cascade of bad tidings for the family, making for a gritty and gripping thriller that keeps you on the edge of your seat, and breath hitched in your throat, in trepidation of what will happen next.

A hard-nosed cop, Officer Raghav (Abhay Deol), who’s made it his mission to get to the bottom of the Sinha family’s crime syndicate, and a terrifyingly unhinged arms dealer (Hollywood actor Brendan Fraser, who we loved in the ‘The Mummy’ franchise and as George in George of The Jungle) added to the mix, lend a component of frantic urgency to the account.

What follows is a slow-burn unspooling of the narrative, which, as it unwinds, snakes over your sensibilities to grip you in the throes of suspense and foreboding. It is an utterly captivating depiction of the family’s slow, mindless, chilling descent into eventual obliteration.

The show is utterly devoid of happy superfluities, every frame filled with the squalor, sordidness and seediness of Delhi’s dark and depraved underbelly. Despite this, or maybe because of it, we are left enthralled and fascinated by the goings-on in the story.  While some of the story is quite predictable, its telling is what is brilliant. Writer-director-producer Rohit Karn Batra sticks to the time-tested mantra of stellar storytelling – show, don’t tell. A lot of stuff in the movie is hinted at, touched upon, and then left alone, allowing viewers to infer what they want, and in their own way. And that is what confers gravitas to the narrative – it involves the viewers, grabs them.

The lead actors have each given persuasive performances, thereby resuscitating the somewhat predictable plot into taking the shape of a humming, vibrating crime drama. Rohit Roy is magnificent – his silences speak more than words ever could. The set jaw, piercing gaze and determined air about him render his as the strongest presence in the narrative. His quiet strength and equable demeanour make his character the perfect foil to the violence-prone Siddharth. Neeraj Kabi has perhaps enacted the most diabolical role of his career, and he’s outstanding as the slightly psychotic, drunk-on-power Siddharth. He effortlessly essays the role of the rogue son, propped up by his dishevelled, barely-there look, and the underlying mutinous streak he conveys with ease.

Abhay Deol puts in another masterful performance in his role of the honest and upright cop who junks accolades for honest-to-goodness duty. Jeez, the guy must pull off such roles in his sleep. Give him some roles that test his flair, guys. Officer Raghav-esque roles don’t skim even the surface of the vast and unfathomable pool of talent that is Abhay Deol.

Brendon Fraser is simply terrifying in Line of Descent. You never know what he’ll do next, half expecting him to blow the brains off the guy before him, in every frame that he features in. His ruthless arms dealer act, he’s called Charlie ‘Charu’ Joplin in the movie btw, is insanely disturbing.

Ali Haji, the kid who played Champ in Tara Rum Pum, (all grown-up now, of course) has done a great job with the role assigned to him. His boyish Suraj inspires sympathy and pathos, and you truly, deeply, feel for him. Your heart cries out for the innocence lost, and despite yourself, you hope everything turns out alright for him. Yes, that’s how deep you get into the movie, and all because of the baby-faced charmer that Haji is. Or maybe, because he makes you hark back to his Tara Rum Pum days?

Prem Chopra is imposing as Bharat Sinha. His sheer screen presence remains intact despite the long hiatus and advancing years. We would love to see more of the thespian in future flicks. Anisha Victor as Suraj’s girlfriend Seema, Priyanka Setia as Siddharth’s wife Sujata, and Ekavali Khanna as the mother Neha Sinha, lend able support to the primary cast.

Mario Grigorov’s music is haunting and melancholic, and lays the groundwork for the slow building up of an unnerving milieu, in which the equally unnerving events take place with startling impunity.

To sum up succinctly, Line of Descent is an unrelenting gaze at the sleaze and seediness of organised crime. Its frames are awash in the red of the blood that it spatters at regular intervals, and the bleak grey of the sense of despair that envelops it. Its unrestrained, uninhibited, unforgivingly harsh portrayal of a mafia family’s descent into disarray and despondency makes for a hypnotic kind of storytelling and mesmerizing drama that keeps you put in your place till the very end.

In the meanwhile, 3.5/5 is our rating for Line of Descent. 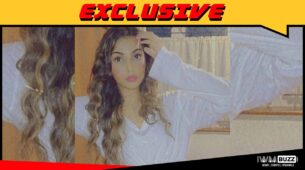