Do You Know Why BTS Jungkook Is So Sexy And Famous? | IWMBuzz
Subscribe Now
Music | Celebrities

Check out the reasons why BTS Jungkook is so sexy and famous!

Jeon Jung-kook, also known as Jungkook from the famous South Korean boy band, BTS has been a fundamental part of the renowned Korean boy band ever since its establishment. Jungkook has got a huge fan following, not only from South Korea but also from all over the globe. Jungkook is one of the strongest backbones of the BTS gang. He is loved and supported both by his teammates and fans. But what did actually get Jungkook from BTS so much fame? How is he so sexy? That’s worth wondering for many fans.

Jungkook has always nailed it with his incredible and soothing voice. He has never disappointed his team and fans with his efforts. But apart from singing, Jungkook is also known for his amazing dancing skills and style. The K-pop singer has also become a huge fashion sensation. Jungkook has got a lot of capabilities that are absolutely mind-blowing. His impressive personality is one of the biggest factors that make fans fall in love with him. And, this is one of the reasons why he is so popular. Jungkook has got some stunning looks. The handsome guy from BTS has stolen the hearts of many girls with his sexy looks. All his fans definitely adore his looks and sweetness. His attractive looks are enough to prove him hot and sexy!

What do you think about it? Comment down your views below about Jungkook from the BTS band! 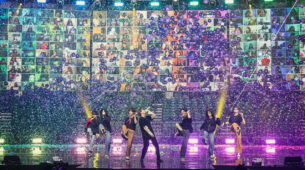 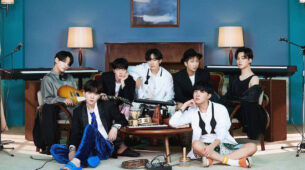