Check out these beauties nailing the fashion ramp walk!

Selena Gomez, the American actress and pop singer has made her name with upper hit albums and outstanding performances in the Hollywood industry. But, apart from that, she has also appeared on the ramp walks. It was 2015 when the melody queen was seen in a sexy black dress in Victoria’s Secret Fashion Show, singing her singles, Hands to Myself (2015) and Ma & My Girls (2015).

On the other hand, Jennifer Lopez, the talented dancer, singer, and actress has kept up her fashion game a level up. The beauty appeared in an iconic jungle print dress at Grammy Awards in 2000 and walked down in a similar outfit again at Versace at the Milan Fashion Week in 2019. She looked so damn sexy in that outfit.

Coming to next, Miley Cyrus, the renowned singer has broken down the internet several times with her sexy and sizzling looks. The star has recently walked down the Marc Jacobs Fashion Week in February 2020, in a black bra top and wide pants, with a scarf in her hand.

Whereas, Ariana Grande is a true definition of hotness. The sass queen was seen in the Victoria’s Secret Fashion Show in 2014. The star was seen singing and dancing on the runway and enjoying the moment.

All the celebrities looked so damn sexy in their ramp walks. Didn’t they? Let us know your opinion. 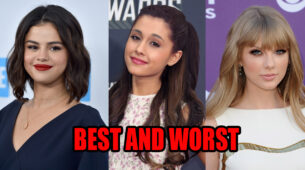 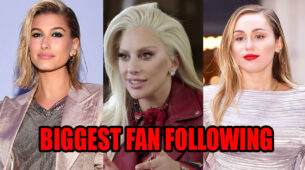 Hailey Baldwin Vs Lady Gaga Vs Miley Cyrus: Who Has The Biggest Fan Following? 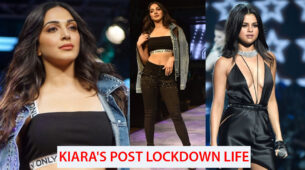 Ariana Grande VS Miley Cyrus: Who Is The All-Time Greatest Hollywood Singer?